The current stalemate in the dispute over historical issues might be a proper moment to redefine Polish-Ukrainian relations.
Daily and routine collaboration contributes to the atmosphere of trust much more than singular, yet grand events.
Contrary to popular opinion, Warsaw’s support for Kyiv, while indeed being in Poland’s interest, has never been unconditional.

The endless attempts to fill in the Polish-Ukrainian strategic partnership with genuine content have been fuelling a spiral of frustration and mutual disappointment. The time has come to redefine Polish-Ukrainian relations and, instead of keeping our heads busy with grandiose projects, focus on building good neighbourly relations, while striving to limit the negative consequences of the ongoing dispute over historical issues.

It has never been like this and now it is exactly the same again! We were already extending a welcoming hand to President Zelensky – or rather saying goodbye to President Poroshenko, who, at some point, although with exaggeration, had been recognised in Warsaw as the main obstacle in the bilateral dialogue. Poland quickly pinned considerable hopes on the new Ukrainian leader, banking on his pragmatic approach to historical issues, among others. However, just as quickly, these expectations transfigured into a “spiral of disappointment”.

I ask myself a question: why is Poland so often disappointed with its relations with Ukraine?

The dictum of strategic partnership

Discussions about Ukraine and Polish-Ukrainian relations are burdened with heavy emotional baggage in Poland, both for historical reasons and because of multiple personal connections and sympathies (but also antipathies). Both these factors greatly shape the way how Warsaw perceives its relations with Ukraine as being special in contrast to Poland’s relations with its other neighbours.

One consequence of this special relations dictum is that a large section of the Polish political elite and expert circles have been favourably disposed towards Ukraine. In particular – rightly in my view, although I am not guided by ideological reasons – when it comes to supporting Ukraine’s European aspirations and its strive for freedom, including the country’s defence against Russian aggression. These sentiments, nevertheless, are accompanied by the equally frequent in Polish political and expert circles projection of their own desired image of Polish-Ukrainian relations onto Ukrainian interlocutors. Inherent in this projection is an unwillingness to understand and come to terms with the fact that Ukraine does not tend to appreciate Polish engagement on its behalf, nor does it reciprocate it, and worse yet, it is not obligated to do so.

Indeed, the disappointment, and often frustration, of the Polish elite with Kyiv’s approach to mutual cooperation stems primarily from their own perceptions of special Polish-Ukrainian relations, which our Ukrainian friends simply do not share.

Both Ukraine’s national security strategy and foreign policy strategy place Poland among its strategic partners, but only of the second rank. Not without reason – Warsaw’s role is not pivotal to the negotiations on settling the situation in Donbas, while its involvement in the development of Ukraine’s defence potential, although quantifiable, does not equal that of the United States or the United Kingdom. Ukraine is under no illusion – Warsaw is not a key political partner for Kyiv today, nor will it be one tomorrow.

The importance of Ukraine for Poland’s foreign policy is also often exaggerated in Polish public debate. The Polish-Ukrainian strategic partnership focuses primarily on security issues, given that both countries as well as their political elites and expert circles share a common perception of threats and a clear position on Russian revanchism. Still, given Poland’s membership in Euro-Atlantic structures, Ukraine rarely tops the ranking of Polish political interests. Whereas in terms of economy, where Ukraine is increasingly often seen as a competitor, Kyiv occupies a secondary position only.

This asymmetry of expectations gave rise to the “myth of a large project”, which has regularly featured in Polish expert discussions for almost a decade – that is the idea of coming up with a joint large-scale economic project with Ukraine, modelled on the 2012 UEFA European Football Championship, which would bring the two countries closer together and provide the Polish-Ukrainian strategic partnership with genuine content. What is interesting, this proposal started to feature increasingly frequently in Ukrainian public debate as well, although for very different reason – as a pragmatic method of side-lining the dispute over historical issues.

Leaving aside the erroneous assumption that the development of economic ties could compensate for the problems in political relations even to a small degree, this “myth of a large project” is based on a highly idealised perception of the joint organisation of EURO 2012 through the narrow prism of its PR success (which was unquestionable). On this account, this thinking leads us astray.

EURO 2012 did not succeed in bringing Poland and Ukraine politically closer together – from the windows of the Presidential Administration building on Bankova Street, Viktor Yanukovych first noticed Berlin, not Warsaw, as did later Poroshenko and (to a slightly lesser extent) Zelensky. In economic terms, EURO 2012 was not even a joint project, as the Ukrainian oligarchs building the roads and their stadiums were not motivated by the concept of Polish-Ukrainian cooperation (and vice versa). In areas where mutual economic benefits could indeed have been achieved by expanding and modernising the border infrastructure, opportunities were missed, and the consequences of this oversight still continue to be felt by the citizens of both nations.

In the meantime, what we are missing is that EURO 2012 brought added value primarily in the social sphere – it opened up both societies to each other, intensifying interpersonal contacts. In this sense, the search for a new, large-scale project is all the more pointless as that kind of project has already been, although unconsciously, implemented by both nations in the form of the economic migration of Ukrainians to Poland. Its significance now greatly exceeds the social dimension, increasingly incorporating the political and economic spheres in both countries.

This allows me to conclude that in the pursuit of lofty projects, we lose sight of a multitude of smaller, less spectacular, but no less important examples of successful Polish-Ukrainian cooperation, while it is precisely these projects that form the solid foundation for a genuine partnership between Poland and Ukraine.

Examples of cooperation in security and defence sector, including joint projects carried out by companies representing the arms industry, or Poland’s increasing involvement in the Ukrainian energy market rarely make the headlines. However, I dare to say that the assistance Poland gave Ukraine in the spring of 2018 by ensuring emergency gas supplies in response to Russian Gazprom’s sudden gas cuts was incomparably more important for building mutual trust than another handful of assurances about a strategic partnership.

The examples are numerous and include LOT’s expansion in the Ukrainian airline market, the popular rail link from Przemyśl to Kyiv, or the provision of education to tens of thousands of Ukrainian students in Poland. Not to forget about show business, like collaboration of the famous Ukrainian rapper Alyona Alyona with a Polish music label.

Paradoxically, the current stalemate in the dispute over historical issues might be considered a proper moment to redefine Polish-Ukrainian relations. Instead of concentrating on grand, inconceivable ideas, which only lead to resentment, time has come to focus on the everyday building of good neighbourly relations, which perhaps seems slightly mundane and tedious, but is necessary anyway.

Especially that the new Ukrainian political elite, so far unburdened by mutual disputes, have been increasingly interested in establishing contacts with Polish political and expert circles. Servants of the People are not a one-off phenomenon on the Ukrainian political scene – many of them stand at the threshold of a long political career and may become involved in the Polish-Ukrainian dialogue one day. It is worthwhile to build relations with them today, so this may bear fruit in the future.

By saying this, I am not advocating the marginalisation of the contentious issues on the Polish-Ukrainian agenda, but rather their exclusion from the entirety of bilateral relations in such a way as to limit their destructive influence on other areas of mutual cooperation – especially security-related aspects that are exceptionally crucial to Warsaw. My unwavering opinion is that the Polish-Ukrainian dispute over historical issues, given its underlying circumstances, cannot be resolved once and for all.

Let me point to just one paradox. The continuation of the dispute weakens the social legitimacy of the Polish authorities’ policy of providing support to Ukraine in the international arena, so logically this should encourage Kyiv to end this dispute without delay. On the other hand, however, the Polish proposals for its resolution are criticised mostly by those Ukrainian circles which are also most sympathetic to Poland, since the OUN/UPA tradition is most often alluded to by the inhabitants of the western part of the country, and recently also by young people. It is no coincidence, therefore, that the escalation of the dispute in 2017–2018 was accompanied by a decline in the positive attitude of Ukrainians towards Poland, which simultaneously entailed a gradual toughening of the Ukrainian position.

Obviously, both parties should be aware of the risks attached. Kyiv must take into account that the ongoing dispute generates political costs for the Polish government, which, at some point, may exceed the potential benefits of Poland’s active engagement on behalf of Ukraine.

Contrary to popular opinion, Warsaw’s support for Kyiv, while indeed being in Poland’s interest, has never been unconditional. Ukraine has to seek this support in the same way as it seeks the support of Germany and France, and this is something that Poroshenko forgot about, despite my generally positive assessment of his presidency.

The alternative, of course, is not Polish policy directed against Ukraine, but pragmatism à la Germany, or simply being passive on Ukrainian matters. Warsaw, in turn, must understand that Ukraine’s growing assertiveness in its foreign policy was not a phenomenon typical only of the era of the waning Poroshenko fighting for his re-election, but is a new constant that must be taken into account every time Poland makes political decisions. Kyiv no longer hesitates to act harshly, as Hungary has experienced time and time again – mostly at its own bidding, however.

The paradigm of mediocrity

As a matter of fact, a partnership is not about the absence of disputes but about being ready to sit down at a table together after yet another disagreement. An honest discussion, though, is impossible without mutual trust, which is currently lacking in Polish-Ukrainian relations due to mutual disappointment. Daily and routine collaboration contributes to the atmosphere of trust much more than singular, yet grand events, and I perceive the Lublin Triangle within this particular context. In the long run, however, such a stance requires abandoning the conviction about the uniqueness of Polish-Ukrainian relations and replacing it with the ordinary paradigm of good neighbourly relations.

This, in turn, will not be possible without letting go of our inflated expectations and the emotional baggage accumulated over the years. This is because the paradigm of good neighbourly relations is the paradigm of good mediocrity – and no one likes to admit to being mediocre. 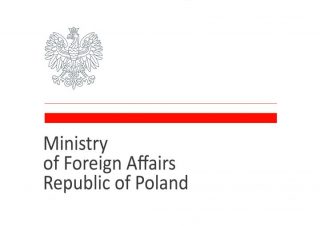 prof. Przemysław Żurawski vel Grajewski: Ukraine in the EU? Western Europe and Russian influence stand in the way Michał Wojtyło: Nord Stream 2 should be an impulse to tighten Polish-Ukrainian energy partnership Mateusz Parkasiewicz: Costly community. The culture war in Ukraine and Belarus under the blind eye of Poland
‹ › ×
‹ › ×