The major sin of Western Europe is its lack of determination in pursuing its ideas in the Balkans.
The Balkan states are open to the Chinese capital, but also Russian and Turkish.
After the separation of Kosovo, Serbia lost around 70% of its coal reserves.

Joint energy policy in the Western Balkans is not feasible shortly. The economic and political diversity of countries in this region pushes for analyzing each of them individually, without the possibility of identifying a common denominator. The EU, which remains passive in its energy investments in the region, seems to not see this fact. Russia, Turkey and China are using this effectively. We talked with the expert on energy and the Balkans Wiktor Hebda, PhD, from the Jagiellonian University, asking how the energy sector affects the independence of the Western Balkans.

Can one say that the Balkans have a joint energy policy?

One cannot talk about the energy sector in the Balkans without taking into account the broader geopolitical context. It is worth bearing in mind that this is an issue the neighbouring countries such as Germany, Russia and Turkey have a strong share in. It is impossible to grasp the energy sector in a general way as a uniform region-wide policy. The individual countries are extremely diverse in terms of economy, deposits of raw materials and political situation. Although these countries come from a single organism, which was Yugoslavia, after its breakup each country went its’ way. Croatia and Serbia can serve as an example. The former is a member of the EU, while the latter is strongly influenced by Russia. Furthermore, the completely different position of both countries results in different energy policies. Croatia can also build its security based on access to the sea, while Serbia has a big problem in this regard. The situation regarding the resource deposits in these two countries is just as diversified. Croatia is a relatively independent country with its considerable resources, including gas. This is the opposite of Serbia, which depends on Russia heavily. The example above serves as a showcase of the entire region’s situation, whose diversity results from many complex issues, from the wealth of natural deposits to geopolitics. The thesis that needs to be made clear is that there is no uniform energy policy in the Western Balkans. And we can be sure that this won’t happen soon.

It seems the power sector is the only area in which these countries could develop a bond of common interests.

Unfortunately, internal cooperation is very limited in the Balkans. Most countries in the region are unable to reform their energy sectors, which usually require modernization. Admittedly, there are outside initiatives, but none of the countries is the main actor in those. The idea of the Nabucco gas pipeline was one such project.

Apart from Croatia, which has a different energy policy due to its accession to the EU, which Western Balkan country has the most relevance in terms of energy security?

Serbia is key, both politically and economically. Coal remains the country’s main resource and is the basis for its security. The fundamental moment for Serbia was Kosovo’s declaration of independence in 2008. The fact that has not been widely heard in public discourse is that this region has one of Europe’s largest coal reserves. Upon the separation of Kosovo, Serbia lost around 70% of this resource. For these reasons, the energy strategy created at the beginning of the 21st century is now pointless in light of Kosovo’s sovereignty.

Oil and gas deposits are scarce and certainly not sufficient to cover the needs. The only way out is importing from Russia, since the EU is tossing about in its actions, failing to reach a uniform idea for cooperation with Serbia. The Nabucco project mentioned at the beginning was an attempt to diversify energy supplies, including to Serbia; it ended in failure, however. The idea was to import gas from Central Asia, mainly from Kazakhstan and Turkmenistan via Turkey, ultimately to Austria, and from there send it to other Western European countries. The Turkish section was to be built by West European corporations. Implementing this project would clearly reduce Serbia’s dependence on Russian supplies. However, the idea was torpedoed by both Russia and the European Union, mainly by Germany, which withdrew from the project at a crucial stage despite the fact that it was included in the EU’s strategic energy projects.

Russia’s opposition is understandable. But Germany’s?

We may hypothesize that this decision was influenced by very good German-Russian relations in the area of energy and the construction of the Nord Stream gas pipeline. This also shows that there is an internal conflict within the EU, significantly hampering a uniform policy towards external countries. Many people accuse Germany of pursuing its own interests at the expense of the EU, but it must be remembered that every country has the right to do so. At present, the cheapest raw material comes from Russia and it is understandable that Germany is trying to ensure as much energy security as possible. Despite this, Serbia is a stable and energetically secure country, particularly if its relations with Russia remain at least civil.

Serbia is undoubtedly the most important country in the region, but does it have any connections with other Western Balkan countries when it comes to the energy sector, in light of the turbulent history?

Montenegro is an interesting case, as it tries to pursue an independent energy policy, but is still strongly dependent on Serbia. First, there are very clear economic ties between the two countries. The second aspect is the large Serbian minority in Montenegro. This generates a number of problems and Montenegrin politicians must take this issue into account in their decisions. Of course, Montenegro is somewhere on the side from an international political perspective. It is a small country with only 700,000 inhabitants. From an energy point of view, Montenegro is deprived of any strength, as it has no natural resources. Due to the small number of inhabitants, its state economy does not consume many raw materials. Renewable energy is enough to ensure the country’s energy security.

Is the prospect of developing renewable energy sources sufficient for southern countries?

It is worth noting Albania, which fully satisfies virtually all its needs based on hydropower. Despite it being a clean energy source, this generates serious problems on account of the so-called „blackouts”, i.e. periods when the inhabitants receive no power. This is due to the insufficiency and instability of such an energy source. It is difficult to imagine an efficient economy in a situation of hours-long energy shortages, and such situations do happen. Despite energy autonomy, this instability causes some existential problems. However, Albania’s energy potential indicates that it can secure its industry based on hydropower, although this requires several investments and modernisation of this branch. Albania has oil fields that it doesn’t use in any way. There are no attempts at diversifying the foundations of the country’s energy policy. Albania will rather focus on exporting its raw materials, and will still base its security on hydropower.

The opposite of Albania is the Republic of Northern Macedonia, which aspires to join the group of EU countries. There are very strong pro-EU trends in this country. However, Northern Macedonia is struggling with corruption and ethnic issues. The state is divided internally, and also clearly poorer than Serbia or Croatia.

Is Macedonia’s accession to the EU even considered in Brussels?

On the one hand, the EU is interested in attracting this country, but rather in the long run. The democratization of the Macedonian state has slowed down. This also causes the EU to halt the accession process. It seems that the Union is waiting for North Macedonia to deal with its problems and only then will it decide to take more decisive steps. At the same time, the EU is investing considerable financial and diplomatic resources in this country. The development of a Macedonian-Greek agreement with the EU’s participation in the context of the dispute over the future name of the former Yugoslav Republic of Macedonia was also a major signal.

Northern Macedonia is still an energy backward state. It has not undergone any modernization since the collapse of Yugoslavia. This is because its economy is not absorbent but requires significant energy expenditure. Nevertheless, it is worth noting that due to the lack of own resources, it depends on the import of energy resources, i.e. oil. New projects can be a chance for the region, e.g. the TAP gas pipeline, i.e. gas that is to go from Central Asia through Turkey, Macedonia and Albania towards Italy. Unfortunately, the idea of running the gas pipeline through Macedonia was rejected by investors. However, there is still a chance to open an interconnector with Greece. Here we should note that the main investor is Azerbaijan, which only emphasizes the EU’s passivity, which translates into Turkey’s growing relevance in the region.

Could EU investments change the energy situation in the Balkans?

This is an extremely complex issue that should be considered for each country separately. Important trade corridors pass through Serbia, and EU investments would certainly reinforce its role in the region. Nevertheless, it should be noted that the EU has already invested heavily in modernizing the country, e.g. in developing biomass-derived energy. The first results of these activities are already seen in smaller cities. The needs of the region’s countries are enormous. There is no permanent source of funding, however.

The lack of decisive action on the part of the EU has created a niche for Chinese investments. The Balkans are open to financing from the Middle Kingdom, and the Chinese, in turn, have the appropriate infrastructure and funds to allow for appropriate investments. In Poland, we perceive this Asian investment involvement as a threat. The expectations in Serbia are different entirely – the funds described above are treated as an opportunity for development. It’s a natural search for funding for one’s projects. This process will certainly intensify – the Balkans are coming to the background in the policies of EU countries.

Is there any chance that the EU will join the game for the Balkans?

The major sin of Western Europe is its lack of determination in pursuing its ideas in the region. Some concepts were suspended at the planning stage because the lack of unity within the EU did not allow for quick and decisive steps that Russia and Turkey could take. Of course, there is a chance for further cooperation, since the Balkan states are open to the idea. However, there are no specific proposals from the EU. A competitive Russian-Turkish project, the TurkStream, was implemented in two years, while the European Nabucco has been planned over ten years to no success – no further action was taken. In this context, one can see the deepening relations between Russia and Turkey. The reason? EU’s lack of decision-making. Turkey, which had been trying to strengthen its cooperation with the EU fifteen years ago, has now completely changed its course of action. Unfortunately, the passive stance of Western Europe somehow „pushed” the country to cooperate with Russia. 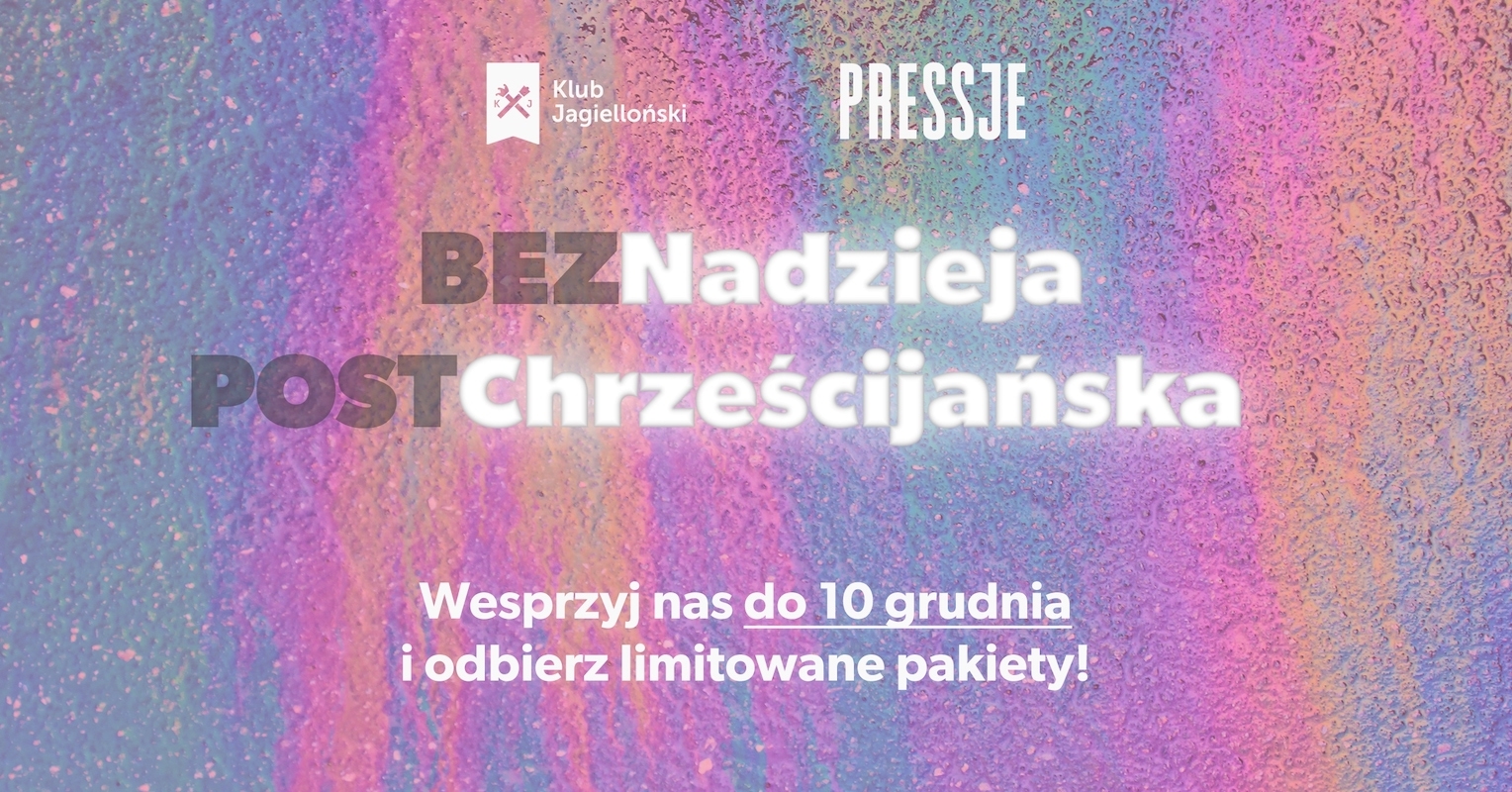