Already, 260 thousand (over 40% of those of the working age) of Ukrainian refugees work. Over 3 million of Ukrainians in total are now staying in Poland. Data on crucial challenges associated with reception of war refugees, especially, on their housing and situation of children, is not available. The period of over three months should already be treated as an adaptation period, during which the refugees initiate their integration on a daily basis requiring language competences, knowledge of regulations and administrative culture of the country receiving them, as well as, in an ideal situation, having competences helping them to enter the labour market. Paradoxically, this stage is more difficult than the first period of their reception.

Following the Russian aggression on Ukraine, 4.3 million people arrived to Poland in the period from February to June 2022 (UNHCR data, as of 28 June), and at least 1.2 million people fleeing the war probably still stay in the country (this is a number of the Ukraine citizens assigned the Personal ID Number (PESEL) in Poland). Three months of war and the largest number of refugees that appeared in Europe since the times of World War II, brought the enormous reception challenges, which to the large extent were handled due to a huge social mobilisation and involvement of both many non-government and public administration bodies. At the same time, the thing that was the greatest Polish success can lead to serious problems on a medium or long term perspective. By its nature, hospitality has a temporary and unstable character, and systemic solutions based on clear regulations and institutions are required on a longer horizon. A development of a comprehensive plan for adaptation of Ukrainian war refugees in Poland should be considered, in cooperation and dialogue with non-government organisations, experts and migrants themselves.

What do we know on numbers concerning refugees?

While there is still no comprehensive representative data reflecting the dynamics of arrivals and departures and the demographic profile of arriving people, we already have certain information. After the first shock caused by artillery shelling and bombardments, as well as dramatic reports on crimes against the civilian population, when the number of daily arrivals ranged around 100–120 thousand, this number has gone down to about 20 thousand since the middle of March. On 1 April, 3.2 million of Ukrainian citizens in total stayed in Poland, of which about 1.4–1.55 million people arrived after 24 February. A certain indication is also a number of 1.2 million Ukrainian citizens who were assigned a PESEL number (over 90% of them are women and children); however, there is a quite large and statistically uncaptured group of people who had no right of residence in Poland. A prevailing number of arrivals settles in larger towns and cities. It is also worth remembering that about 100 thousand people who arrived to Poland from Ukraine fleeing the war are not Ukrainian citizens. It is not known how many of them stayed in Poland.

A relatively precise data concerning employment of foreigners is also available. Currently, 260 thousand Ukrainian refugees (over 40% of those of the working age) work in Poland. This is a quite good rate, resulting, among others, from the high capacity of the Polish labour market.

But no data on crucial challenges associated with reception of war refugees, especially, on housing and situation of children, is available. Data for the whole Poland, reliably presenting places of their housing and thus estimating housing needs is missing. It is known that the majority of arrivals stay in private apartments, either renting them or living with immigrants who arrived earlier or with Polish citizens. However, the only complete data concerns accommodation in collective centres, which represent a substantial minority of housing facilities.

At least five hundred thousand Ukrainian children stays in Poland (according to the PESEL database), and two hundred thousand children have been enrolled into Polish primary and secondary schools. A regular monitoring of people that might have become victims of human trafficking is not conducted, and no system for informing about and preventing this ill practice have been established. Another issue on which our knowledge is very scarce is the influence of migration on public health, in terms of availability of medical care, vaccinations against Covid-19, and vaccinations of arriving children.

Due to the scale of challenges associated with unexpectedly high number of refugees, previous crisis management plans concerning mass inflow of foreigners were used only to a small extent, for example, in form of establishing registration and reception points at the RP border, and then large collective centres in the largest cities.

Other decisions taken at the state level include a very liberal application of regulations on crossing the border, allowing even people without documents to enter the RP territory, transformation of all vehicle border crossings into pedestrian ones, full access to the labour market, health care and social welfare for the war refugees, introduction of a one-time welfare benefit for refugees, and covering part of costs of maintaining people staying in private houses, hotels, and other centres of collective accommodation.

These steps definitely increased attractiveness of Poland as a target country; however, at the crisis stage, the reception of foreigners was based on general social activity, mobilisation of local governments and non-government organisations, especially in areas such as accommodation, transport and food assistance. Through legislative actions, the government somehow regulated directions of undertaken actions; however, the help was provided by the grassroots movement and in an uncoordinated way. Whether at the first stage such coordination was possible, and to what extent, remains an open question.

As Polish politicians emphasise, the success in form of receiving over one million refugees resulted from the social involvement and Polish hospitality. Poland was swept by an unprecedented wave of social mobilisation focusing on help activities. At the beginning of April, as many as 63% of Poles declared that they themselves, or somebody from their household were involved in help for Ukrainian refugees. Although the concept of hospitality requires praise in a general sense, as by referring to collective emotions it creates refugees-friendly areas and induces greater altruism and humanitarianism, it is also based on its assumed temporal character and personal relations. While one can be a guest and rely on personalised help for several months, on a long term basis, more structural and non-personal mechanisms of support are required.

In its approach, Poland acts mainly on a basis of a so-called special Act of 12 March 2022. While the Act contains provisions on coordination of activities, in particular, concerning cooperation between voivodes and local governments, yet being a legal act by its nature it does not establish precise mechanisms for cooperation between involved parties, and especially does not present the government’s strategy for further actions. Furthermore, due to the lack of such plan, a reliable financial plan cannot be established, and duplication of the same activities cannot be avoided. A crucial missing solution is clear specification of competences for voivodes and local government entities, as well as capturing of non-government organisations’ potential and precise specification of tasks that could be assigned to them and paid for accordingly. The business sector should also be invited to cooperation and the rules of the State subsidiarity and complementarity of actions should be applied more effectively. It should be analysed, whether authorisations of local government entities concerning the immigration policy should not be strengthened in the current situation, when local initiatives proved to be most effective.

Adopting of the action plan as a political document, developed with a support of the expert and non-government milieu, based on an analysis of available data and taking into account best functioning solutions, could also help to convince the European Commission to assign new financial resources, and this is of crucial importance in view of the deteriorating economic situation.

According to DGP, differences between EC and the Polish government in calculations of the EU resources that could be spent by Poland on help for refugees amount to two billion euro. EC is of the opinion that Poland can re-allocate relevant funds from the European Social Fund or a special fund for fighting the pandemic, and thus generate nearly 2.1 billion euro, while the Polish government talks about the amount of EUR 137 million. While calling for mobilisation of greater funds, the government does not provide publicly detailed calculations for required resources.

The issue of housing needs particular attention among more detailed issues requiring urgent solving in the coming months. At the beginning of June, the government announced that starting as of 1 July it would cease to pay PLN 40 a day to natural persons housing war refugees. In accordance with the government’s public declarations, four months during which these benefits were paid, were a sufficient period for arrivals to “become independent”. However, this decision, taken only one month in advance, may either lead to a wave of returns to Ukraine, even to the most dangerous locations, or to a crisis of homelessness. The problem faced by Poland is a shortage of flats available at reasonable prices, which the refugees could afford. In the main regions where refugees live, the rents have increased significantly (even by several dozen percent) since 24 February. Although individual towns and cities review available vacant housing resources, no information is available at the national level.

At the central level, initiatives concerning formation of social rental agencies should be urgently supported, and offered grants and resources for their establishing and creating a base of apartments for rent. Another option is to implement a short-term rent system supported by the said agencies and local governments. The mobilisation of existing resources, through adaptation of vacant buildings, can be an important form of assistance. The experts also promote concepts of construction of temporary apartments in form of Integrated Modular Residential Areas for refugees in cooperation with the government, local government and the private sector. All these concepts and directions for actions should be discussed and implemented as soon as possible at the government level.

Time for a greater independence

The support for Ukrainian war refugees no longer can be treated as an emergency assistance, where the refugees have to wait until the situation changes and the Polish society mobilises to help. Even though the majority of people who arrived to Poland in consequence of the Russian aggression on Ukraine declare they want to return home, the period of over three months should already be treated as an adaptation period, during which the refugees initiate their integration on a daily basis, requiring language competences, knowledge of regulations and administrative culture of the country receiving them, as well as, in an ideal situation, having competences helping them to enter the labour market. Paradoxically, this stage is more difficult than the first period of their reception, because savings of arrivals brought from their country are running out, similarly as the social mobilisation in the country receiving them.

This article is available under a Creative Commons Attribution 4.0 International license. Some rights reserved to the Author of the article and the Jagiellonian Club. The article was created within the framework of „Polish-Czech Forum for the rapprochement of societies, deepened cooperation and good neighborliness 2022”.  Any use of the work is allowed, under the condition that the above-mentioned information is preserved, including information about the applied license, rights holders, and that a link to our website is provided. 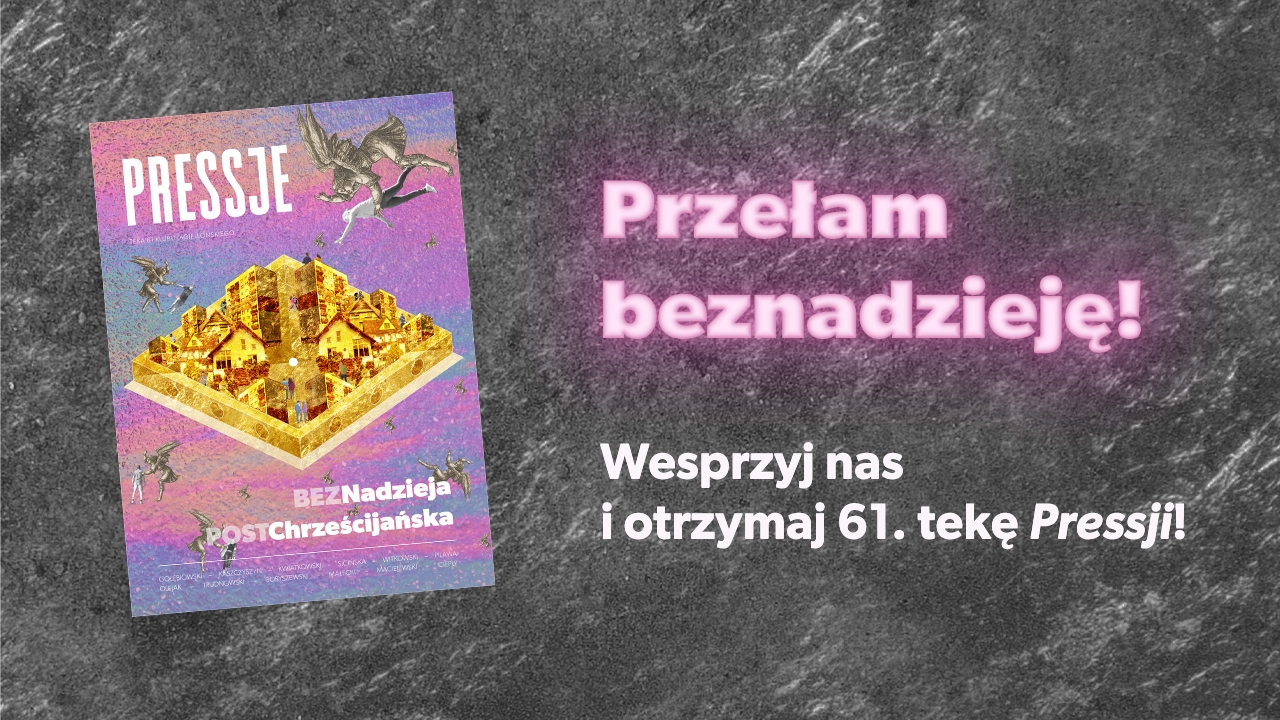