PGNiG’s victory over Gazprom is not the first success with the Russian company. It is the culmination of the anti-Gazprom tactics.
A major area of competition has been not only the courts, but especially new diversification projects.
Today, with a looming economic crisis, an opportunity has arisen to finally squeeze out of Gazprom what previously seemed unattainable.

Polish state-owned energy firm PGNiG’s impressive victory over Gazprom in an arbitration tribunal is the culmination of the Polish government’s hawkish energy policy, which aims to secure independence from Russian gas. Gas imports from Russia have fallen from 87% to 60% in the last five years and now, as crisis looms and with gas prices low, at last we are close to a situation in which PGNiG can work with Gazprom, but is not forced to.

On 31 March, the Arbitration Institute in Stockholm ruled on the side of the Polish state-controlled oil and gas company PGNiG in its dispute with Gazprom. It found that the Polish giant had been paying inflated prices to the Russian corporation for gas, and was therefore entitled to a refund on invoices amounting to 1.5 billion dollars between 2014 and 2020. It is hardly surprising that the company’s share price jumped a record 15% the next day.

Does this mean that Gazprom is already preparing to transfer the payments? Not quite. The ruling is not yet legally binding, so the Russians will no doubt appeal. Their chances of success are small as they would have to demonstrate procedural errors, but they could delay the process by many months.

Will receiving the money from Gazprom be just a formality after the ruling comes into force? Unfortunately, this is not certain either. Although Gazprom usually pays clients for judgements made in courts of arbitration, there have been exceptions. Just look at the conflict between the company and the Ukrainian Naftogaz, which also won in Stockholm (a refund of more than $2.5 billion) but had to wait to be reimbursed by Gazprom.

If not for the strong hand the Ukrainians had (the chance to stop transmission of Russian gas to the EU), it is doubtful whether they would have seen the amount dictated by the court even today.

It is difficult to assess the size of the savings since the Yamal contract is bound by trade secret, but we can assume that the discount to the Polish company will be palpable. PGNiG is likely to soon be able to regularly return a profit in the “trade and storage” department, where it has often recorded losses. The reason for this is the fact that the price it was paying for gas from Russia was higher than the sale price on the Polish market.

While it will take some time before the overpaid invoices are repaid, an immediate direct benefit is the reduction of prices of the gas which PGNiG acquires from Gazprom on the basis of a contract signed in 1996 and concluding in 2022. This is a consequence of the changing price formula, largely based on petroleum prices, increasingly referring to the market prices of gas.

Admittedly, some unease crept in during the last month, as Gazprom sent an invoice without adjusting for the ruling. But on 30 April, after a firm response from PGNiG, the Russian giant declared a corrected invoice for March and April, and confirmed that others would be issued to reflect the changed contract between the companies subsequent to the ruling.

PGNiG’s victory over Gazprom in Stockholm is not the first success with the Russian company. It is the culmination of the highly aggressive anti-Gazprom tactics implemented by Piotr Naimski, the government’s plenipotentiary for strategic energy infrastructure, and his colleague, Piotr Woźniak, the former president of the PGNiG management board (although the petition to the court was in fact submitted by his predecessor Mariusz Zawisza 2015).

An important element of this crusade was the success over Gazprom in September 2019, when the EU Court of Justice overruled the European Commission’s decision giving the Russians 100% access to the OPAL gas pipeline (a branch of Nord Stream). This ruling was one of few Polish successes in the Court of Justice – and in a case where the European Commission was a party.

It is worth remembering that this was not the government’s only action against the building of the Nord Stream 2 gas pipeline. It also applied for acceptance of amendments to the EU gas directive, which was supposed to remove ambiguities and subject the pipeline to EU law. This would have meant applying high standards of transparency and would have reduced Gazprom’s ability to fully control transmission.

Although the law could certainly have been stricter towards the Russian giant, without doubt the amendment is more beneficial to Poland and PGNiG itself. Despite the loopholes, it will be difficult for Gazprom to ignore the EU obligations, though it is searching hard for legal tricks (the final resolution of this matter is due on 24 May).

A major role in lengthening the investment process in the gas pipeline was played by the decision of the Polish Office of Competition and Consumer Protection in 2017 to block the emergence of joint venture shareholders of the pipeline. This meant a change in the legal and financial form of the company responsible for investments.

Poland also lobbied strongly for the implementation of American sanctions on Gazprom, which occurred in December 2019. The government’s actions resulted in a delay in rerouting the transmission of Russian gas to the EU, directly to Germany.

The Nord Stream gas pipeline was supposed to be opened in 2020. Yet since American sanctions were introduced, building has come to a halt, and it is unclear when it will be complete. Although it is just a question of time, Poland contributed to delaying the transmission of Russian gas through Poland and Belarus as well as Ukraine by at least two years.

As a result, not only Poland, but also its eastern neighbours are increasing their gas independence from the Kremlin by exploiting Russia’s need to transmit gas through them.

A major area of competition has been not only the courts, but especially new diversification projects. In recent years, PGNiG has contracted liquefied natural gas deliveries from the USA, resulting in a reduction of gas imports from Russia from 87% to 60%. After 2022 diversification will be even greater, as the Yamal contract comes to an end and the launch of the Baltic Pipe is planned, allowing gas to be obtained from Norway.

On top of this there is the interconnector with Lithuania and Slovakia planned for 2022. If we add the expansion of the LNG terminal in Świnoujście and planned installation of another in Gdańsk, the chances for diversification will be impressive.

The outcome of Naimski’s extremely tough policies is that the escape from the East, which for many years was progressing very slowly in the gas sector, is now complete. Even today, were Russia to turn the gas tap off, Poland would cope by triggering supplies from alternative directions. This is confirmed by “stress tests” conducted by the EU gas transmission operators agency.

In the coming years, Poland will gain complete control over its decisions, making working with Gazprom just one of the possibilities, and not a necessity.

Time to deal the cards

After years of asymmetrical relations, PGNiG’s negotiating position with Gazprom is now very strong. And this is not just because of diversification but also Gazprom’s weak position. Today, with a looming economic crisis and record-low gas and oil prices, an opportunity has arisen to finally squeeze out of Gazprom what previously seemed unattainable. So what should we do?

There is nothing to stop Poland contracting the volume of gas it is missing at market (or even discount) price, and in return extending the transit contract that comes to an end in May, which would mean collecting the market price for transit (approximately $4 for transmission of 1,000 m3 of gas over a distance of 100 km = approximately $800-900 million annual profit for EuRoPolGAZ, the owner of the Yamal gas pipeline).

At present, in accordance with the 2010 contract, EuRoPolGAZ collects a “poverty rate” of just 21 million zloty, whereas until recently Ukraine raked in around $2-3 billion annually from transit.

On the subject of transit, we must also deal with various “spats” that have been taking place at EuRoPolGAZ for years. The current icy atmosphere is paralysing any decision, including those concerning dividend policy or operator, a role played at present by Gaz System.

Another area of discussions is the question of securing the rebate that has been awarded. PGNiG could offer Gazprom a settlement to prevent it from delaying until the ruling becomes binding. In return for speeding the process up, PGNiG could arrange for payment in instalments. This would certainly be desirable for Gazprom, given the sizable amount due, so PGNiG could also seek further benefits.

Of course, for such actions to be taken, a decision is necessary at the highest political level. This will not be easy, because Poland’s relations with Russia have been frozen since the Russian aggression in Ukraine. The ruling coalition would also no doubt have difficulty explaining such a turnaround to public opinion. After all, the Law and Justice party has always been among the fiercest critics of Russia’s policy, especially regarding gas, giving impetus to decisions promoting energy security.

Although the justification that becoming independent from Russia does not mean a complete end to cooperation is logical and understandable, too much effort and emotion has been put into turning public opinion against gas cooperation with Russia for such a manoeuvre to be easy. Public legitimation of diversification might therefore lead to ending collaboration, and not changing the rules.

A certain hope for striking a new course comes with the new PGNiG management, which has a “clean slate”, and for which escaping the East need not be the main motivation. The new team, nominated after the last elections, does not carry the burden of years of conflict with Russia and can open the next stage in Polish gas policy not based on a “defensive” security paradigm, but on an “offensive” paradigm of expansion of PGNiG and building the gas market, including the international one.

Of course, the new policy should not be based on idealistic hopes of Russia. We do not need a turn in Polish foreign policy, and it is right to continue to emphasise the correctness of maintaining EU sanctions towards the Kremlin. The basis of the new phase is the rational assumption that cooperation as partners benefits both sides, and that Russia will accept it not because it wants to, but because it must. The example from a few years ago, when Lithuania was offered a huge discount on gas just after the arrival of a terminal enabling the import of liquefied gas and independence from Russia, proves that the Russians are pragmatic.

They are aware that the return to the asymmetry of the 1990s will not be possible, and if they do not want to lose a good client, they must start respecting them, especially as difficult times are coming. Fingers crossed that decisions will be made by people willing to take the opportunity and ensure that Gazprom play according to our rules. For the first time Poland has been dealt a good hand in a game with a powerful company. If we play our cards right, we can make the most of it.

Translated by Ben Koschalka and published in English on NotesFromPoland. Original Polish version is available here. 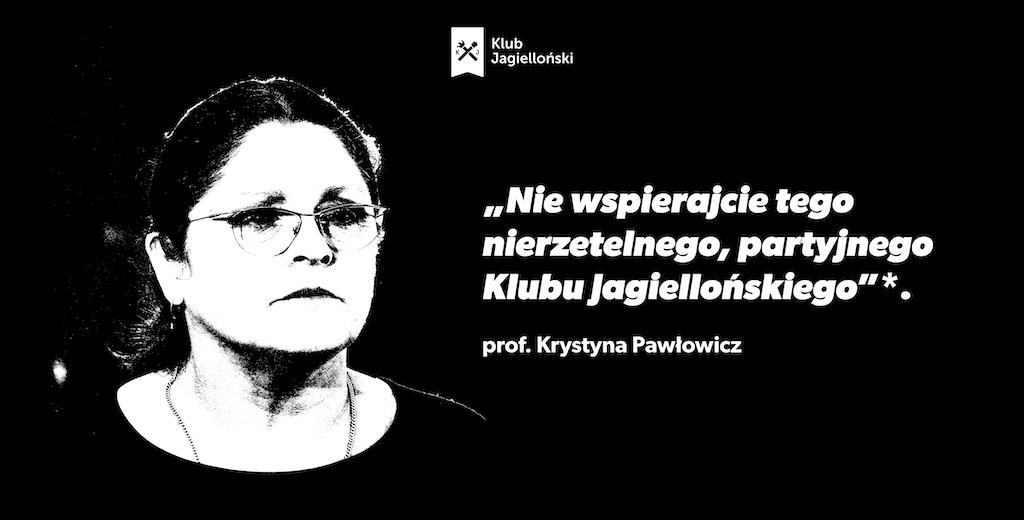